For nut lovers everywhere just in case you were worried the world was about to run out, it is a good year. But really, some people really do get a little over excited about the nutty little produce...

US still set for major gain in peanut output
The US is seen as still on track for a substantial boost in peanut output this year, but expectations have been slightly lowered from those of last month. ...more

Australia on track for good macadamia crop
The Australian Macadamia Society (AMS) has released the third crop forecast for the 2014 season and is confident the Australian crop is on track to hit 41,000 in-shell tonnes. ...more 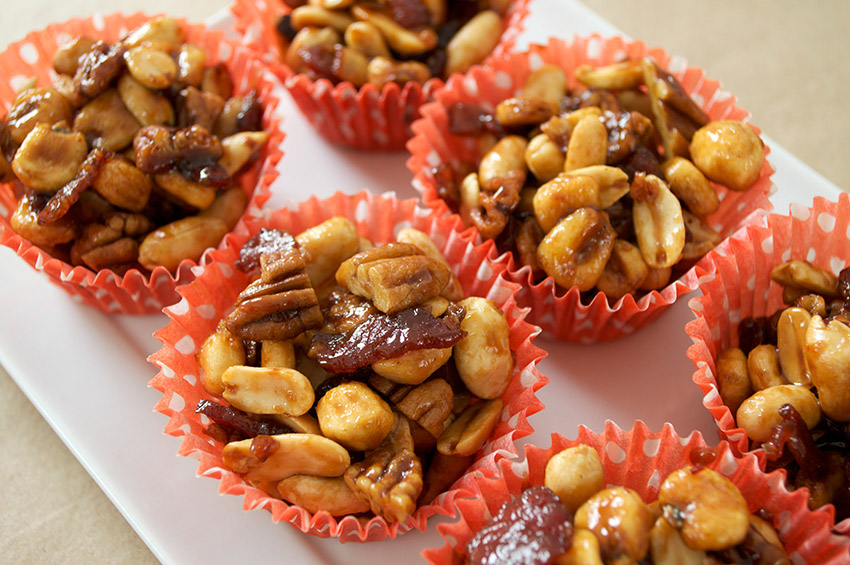 1. Preheat the oven to 350°. Line a baking sheet with foil. Slice the uncooked bacon.
2. Boil the beer, the sliced uncooked bacon pieces, brown sugar, salt, and cayenne. Boil until the beer evaporates and it’s a bit syrup-y, about 8 minutes.
3. Mix in the nuts and spread on the foil-lined baking sheet. Pop the pan in the oven for about 15-20 minutes, stirring occasionally. We baked it until the bacon’s texture was a little crispy.
4. Afterwards, divvy up the mixture up into cupcake cups. The yield depends on how much you want to fill the cups. To fill the cups generously to the top (like we did), you’ll yield about 16 cups.

For a full run-down of the different beers you could use and their thoughts: http://www.stainedapronsandstrongdrinks.com/beer-bacon-nuts/