Bun House, a new Chinese steamed bun street cafe, has confirmed it will open on the corner of Greek St. and Old Compton St. in Soho, on Monday 27th March.

Taking inspiration from the Hong Kong tea houses of the 1960’s, as well as the country’s open street stalls known as “dai pai dong”, the design for Bun House infuses British colonial elements with traditional Chinese essence. The cafe will offer affordable ‘quick eating’ on a seated counter-top for up to 10 people, with further outside seating also available. Alternatively, buns can be ordered to take-away in custom designed Bun House boxes.

The menu at Bun House will focus on traditional Canton-style bao (buns), served closed with filling inside unlike the more well-known Taiwanese open bao. The signature house Pork Bun, made with sticky barbeque pork belly, is joined by a choice of other savoury buns with fillings such as lamb, chicken, fish and a vegetable option, priced individually from £2.50. Available to order alongside the buns will be house-made Chinese pickles (pau choi) and a selection of sides (siu sihk), including a Bun House take on a prickly cucumber salad and “House Fries” – made using deep-fried marinated duck tongues (a common street food staple in China). For those with a sweet tooth the Red Choc Bun, made with dark chocolate, pig’s blood and chilli, and a Custard Bun made using salted duck egg, coconut milk and carrot juice, will also be available. 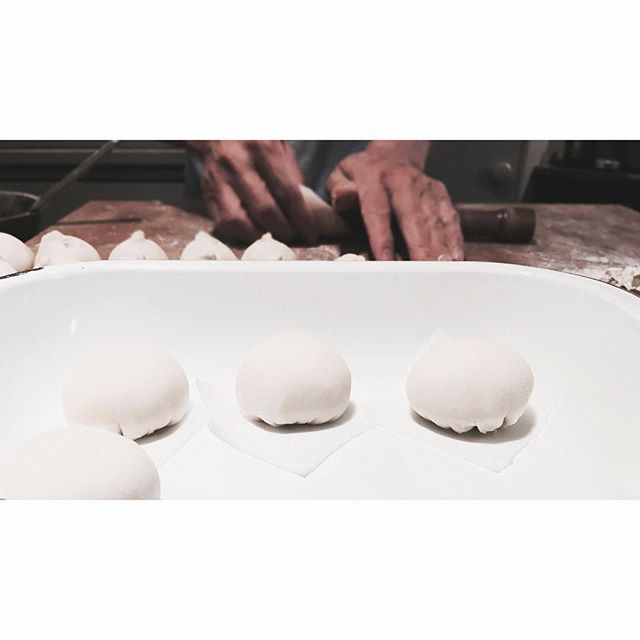 Below Bun House is a secret. Tea Room – a speakeasy-style Chinese drinking den, with a nightly late license until 3am. Accessed via a separate door to the cafe, the 55-cover basement bar will take reservations and offer a selection of cocktails and carefully sourced craft beer from independent Hong Kong breweries. A stark contrast to the light and open cafe above, Tea Room’s dim lighting, neon fixtures and dark wooden booths furnished in deep red velvet, will evoke the mood and atmosphere of traditional Chinese drinking dens and provide the perfect late night Soho hang out.

Bun House & Tea Room is a joint venture from husband and wife team Alex Peffly and Z He, working closely with Z’s design company Five Line Projects on the interiors and façade. The new cafe and bar is a labour of love combining Z’s upbringing in southern China and the couple’s shared passion for the country’s cuisine and design, with the result a carefully curated space that is both authentic and unique to Soho and London’s diverse drinking and dining scene.