Mexico: The Cookbook is the definitive bible of home-cooking from Mexico. With a culinary history dating back 9,000 years, Mexican food draws influences from Aztec and Mayan Indians and is renowned for its use of fresh aromatic ingredients, colourful presentations and bold food combinations.

“You are holding in your hands a cookbook in which you will find a delicious collection of recipes that will take you on a voyage of discovery through the different cuisines of Mexico. You will also find in its pages the ingredients, utensils, techniques, and historical background that have made traditional Mexican cuisine an invaluable representation of a nation with a rich cultural identity.”

The book features more than 700 delicious and authentic recipes that can be easily recreated at home. It is written by one of Mexico’s foremost food writers and ambassadors for Mexican cuisine, Margarita Carrillo Arronte, who brings 25 years of experience and knowledge into the definitive volume. 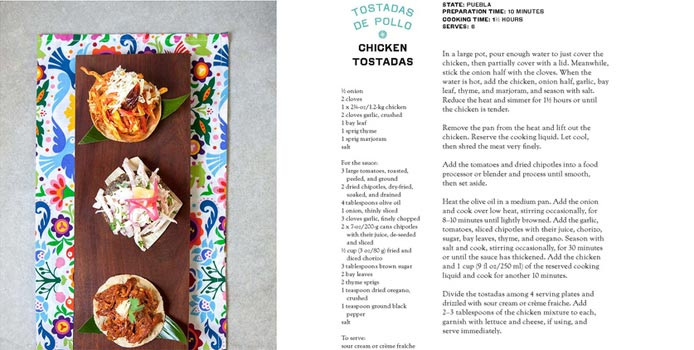 The book takes a look at the regional diversity of Mexico and shows how the traditional cuisine of each region is not just the ingredients, preparation methods and utensils; but is the rich legacy of its history and cultural identity. The wealth of indigenous roots, the product of cultural fusion and racial integration and the influence of other countries have all contributed to create a cuisine that today distinguishes each region.

From tamales, sopes, fajitas, and moles to dishes with evocative names such as Divorced Enchiladas, Blue crab soup, Vampire juice and Day of the Dead Bread, the recipes are a celebration of the vibrant culture, fresh flavours and indigenous ingredients of a cuisine revered around the world. The book is organized by food type/style: Street Food, Starters, Drinks, Fish and Seafood, Meat and Poultry, Vegetables, Pulses and Rice, and Desserts, clearly attributing the region from which each dish is from.

The Chef Menu section proffers inspirational recipes and menus by some of the world’s most prominent Mexican chefs and food exponents – including Thomasina Miers of Wahaca in London, Enrique Oliver from Pujol in Mexico City, Alex Stupak from Empellon Cocina in New York amongst others. 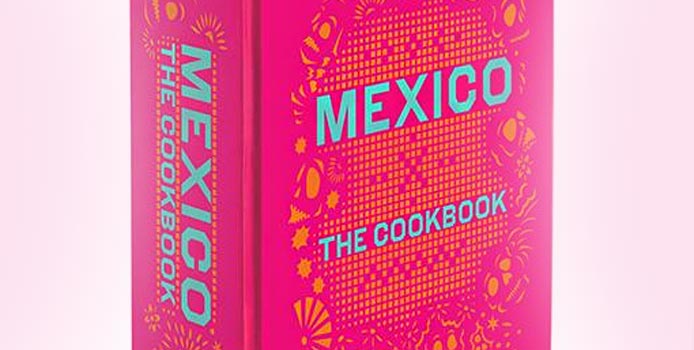 Born in Mexico, Margarita Carrillo Arronte has dedicated more than 25 years to researching, studying, teaching and cooking Mexican cuisine. From 1996 to 2006, she was the Mexican Ministry of Agriculture’s chef and organized Mexican food festivals and gala dinners across North America, Europe and Asia. In 2010, she led a campaign to get Mexican cuisine recognized as a UNESCO cultural property. In addition to teaching Mexican Cuisine at Cucul Cultura Culinaria A.C. and the National University of Mexico, Carillo Arronte is also the leader of the Slow Food movement in Baja and runs the restaurants, Don Emiliano (San Jose del Cabo) and Casa Mexico (Mexico City). She lives in Mexico City.

You can buy it on Amazon here!

This is the biggest pizza in London