BE CALM MY BRISKET FILLED HEART! FREE MUSIC AND BBQ STUFF - well yes, we all like it.. and this time it's worth £160 to a lucky duo. Details below on how to enter, and if you don't know about Grillstock, it's got great music, food and fun for everyone. 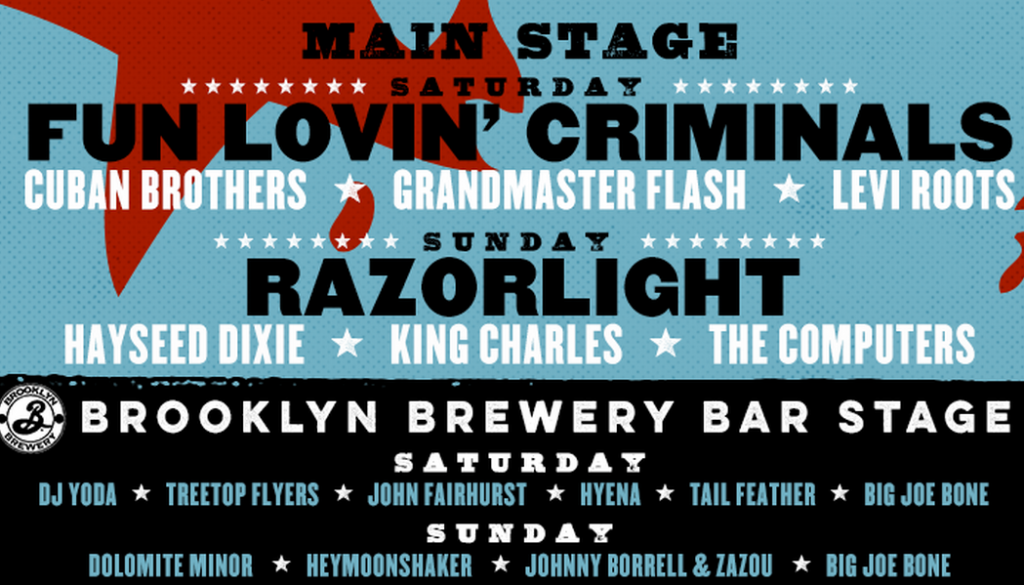 You get 2 pit-crew tickets, which gets you all this lovely stuff! (details on how to win are below)
"Pit Crew tickets are a great way to get the most out of Grillstock Festival. Amongst other goodies, you'll get access to the Friday night Firestarter party as we kick off the weekend in style with all our guests and meet the BBQ teams!
Friday VIP Firestarter Party
Access all weekend
4 beers
2 meals
A £15 Merch voucher"

Your ticket includes entrance to the Festival for the whole weekend and includes all music entertainment. It also gives you access to sample the competition food from some of the rounds and the BBQ Academy masterclasses. Please note these are based on a first come first served basis so arrive early to avoid disappointment.
*Children 12 and under are allowed in free of charge and must be accompanied by a ticket holding adult.*

Grillstock, the biggest BBQ and music festival in Europe, is bringing Kansas to London for a rowdy weekend of Meat, Music and Mayhem on the 5th and 6th of September 2015.

Set to be the biggest weekend of supercharged Grillstock mayhem yet, festival goers can expect a smouldering hot US style low ‘n’ slow BBQ competition, chilli-pepper, hot-dog, and hot wing eating competitions, over 25 bands and DJ’s playing across 2 music stages and the very best BBQ food, this side of Kansas City.

The US style King of the Grill BBQ competition puts the teams through 7 different rounds as they show off their culinary skills over the smoky coals and battle it out to be crowned Grand Champion. The competition allows festival goers the chance to interact with the teams, taste the food and experience their passion for authentic barbecue.

Rockabilly, soul, hip-hop, blues, rock and country will be the soundtrack to the weekend, alongside the Weber BBQ Academy, Brooklyn Brewery’s imported craft beer & New York Dive Bar, bourbon dens and village of BBQ traders –That’s before you discover the huge Grillstock Smokehouse on site, serving up pit-smoked meaty treats and Grillstock’s very own Pale Ale, which was created especially for BBQ. To find out more about Grillstock London visit: www.grillstock.co.uk/london-festival 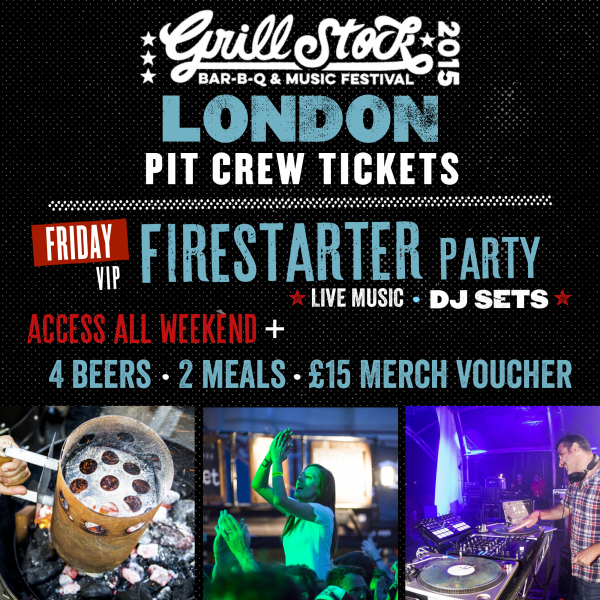 Winner will be picked at midday (12noon) Wednesday 2nd September - so you've gotta be quick!

Winner will be contacted via twitter so please ensure you are able to accept messages from followers.
Winner will need to email grillstockgiveaway@smokebark.com the following info before midnight Wednesday 2nd September.
Your first and last name for ticket number 1
A first and last name for ticket number 2
An email address and phone number (only for arranging tickets, I'm not spammy!)
You will need to bring photo ID to collect tickets from the Grillstock ticket office.
2 tickets only.
Tickets are available in agreement with Grillstock, Plaster PR and Ticket Fairy.