Sitting sipping a whisky is something best reserved for a quiet moment to yourself in the evening, and this beer deserves similar attention. Deep and rich, but still accessible with a sweetness to the smoke. Now, I'm a big fan of porters and all other dark style ales, perhaps it's my age, my penchant for something more interesting these days, but I've fully met my taste-bud match with this little lot. It'll put hairs on your chest for sure.

Harviestoun Brewery are known for being world leaders in barrel aged beer, and they've created a great Christmas gift. Available to purchase from Harrods, Wholefoods and selected independent wine retailers across the UK, the Harviestoun Brewery Ola Dubh box contains a selection of limited edition bottles of barrel aged beer perfect for enjoying over the Christmas and beyond. 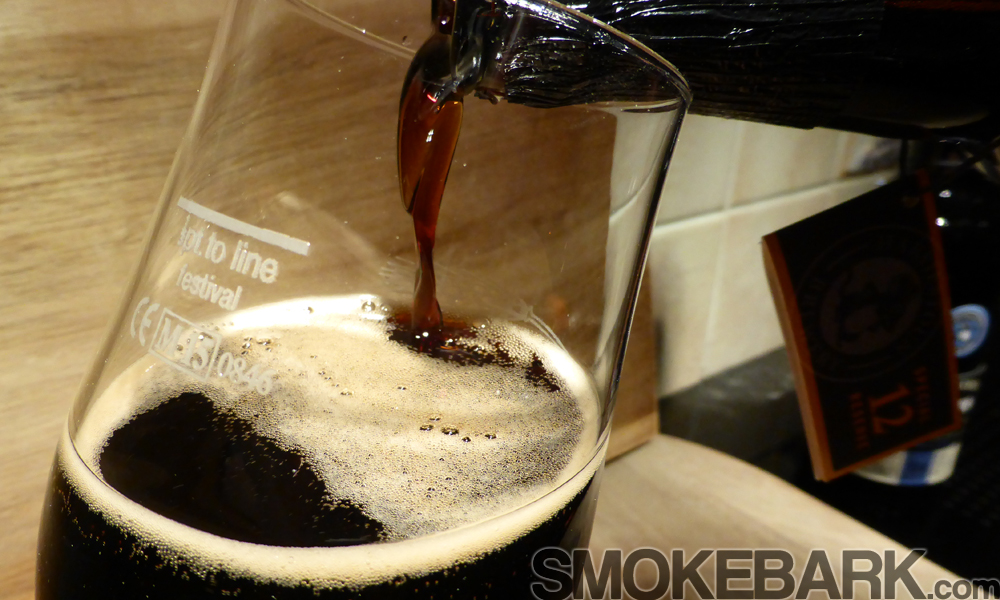 Conceived in 2006, Ola Dubh (pronounced ‘ola-doo’ and Gaelic for ‘black oil’) was the first ale to be matured in whisky barrels from a named distillery and, with traceable casks and numbered bottles, it is a beer with real provenance. To make Ola Dubh, the Harviestoun brewers take their Old Engine Oil beer (amped up to 10.5%) and age it for up to 6 months in casks that previously held Highland Park single malt. The Ola Dubh beer is ready only when head brewer, Stuart, deems it ready! Stuart must have one of the best jobs going. Thankfully we get to share in his enjoyment of drink!

Being such kind folk, they sent over some beers to review, here's what they say, and what I say. I'd agree with their flavour profiles and the beers get progressively smoother as you move through the different years in a refined yet powerful way. As you'll see, conveying the deep and meaningful presence of these beers is hard, so I asked myself after each what I thought. Below are my answers: (WARNING: Strong opinions contained within)

This beer isn't just matured, aged or some over hyped semblance of vintage: you can taste the pure-bred heather-trampling haggis-finding nessie-punching fortitude of what proper beer should taste like. 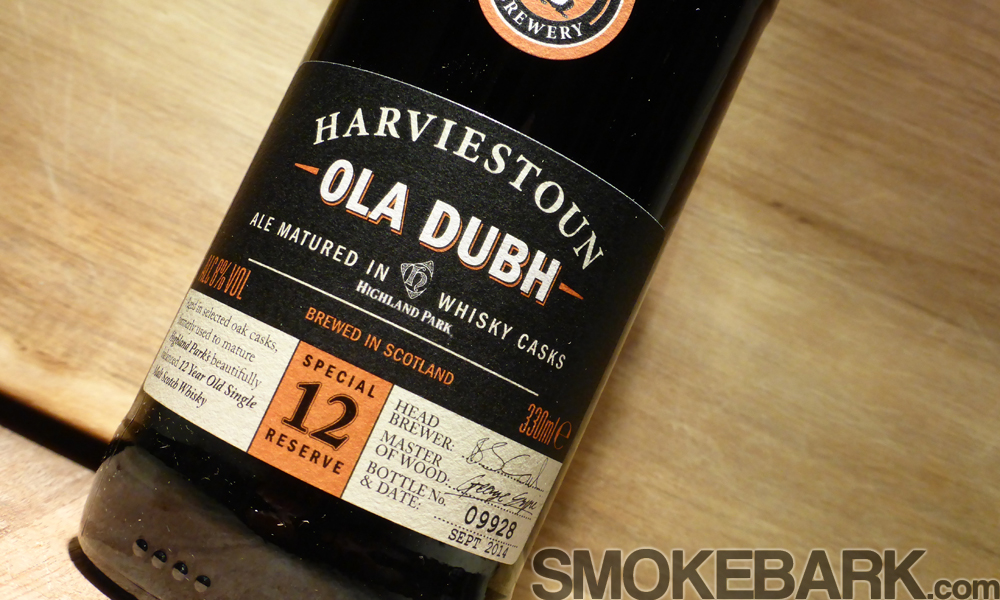 This is not for all the over-styled namby pamby I'm so cool 'beard-bauble' wearers who need to get in the sea. This is brilliant, proper dark and mirky stuff, the likes of which would spit further than you've ponced on your single speed and take shits bigger than your house. 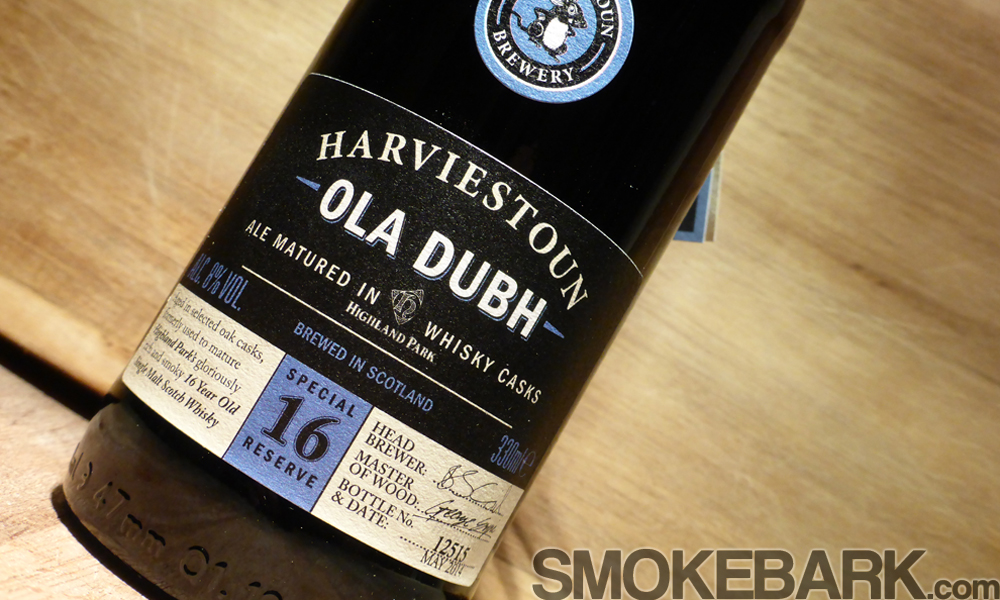 Ola Dubh 18 - When you age when you age Old Engine Oil in casks formerly used to mature Highland Park 18 (‘Best Spirit in the World’), which imparts a fruity, sherry character into our rich, dark beer.

Oh yes, you can forget your pimply-faced lagers and 'a la mode' diesel cocktails: If you want a beer that'll not just put hairs on your chest but anyone standing near your then this is the drink of choice. Ola Dubh has never been called a light tipple, and there's never been call for a 'cheeky' anything. Get this beer in you and stop whining, you small insignificant quaffer. It's dark and it knows it, but as the cask years increase so does its smoothness: right the way to the 'full-Connery'. Fantastic. 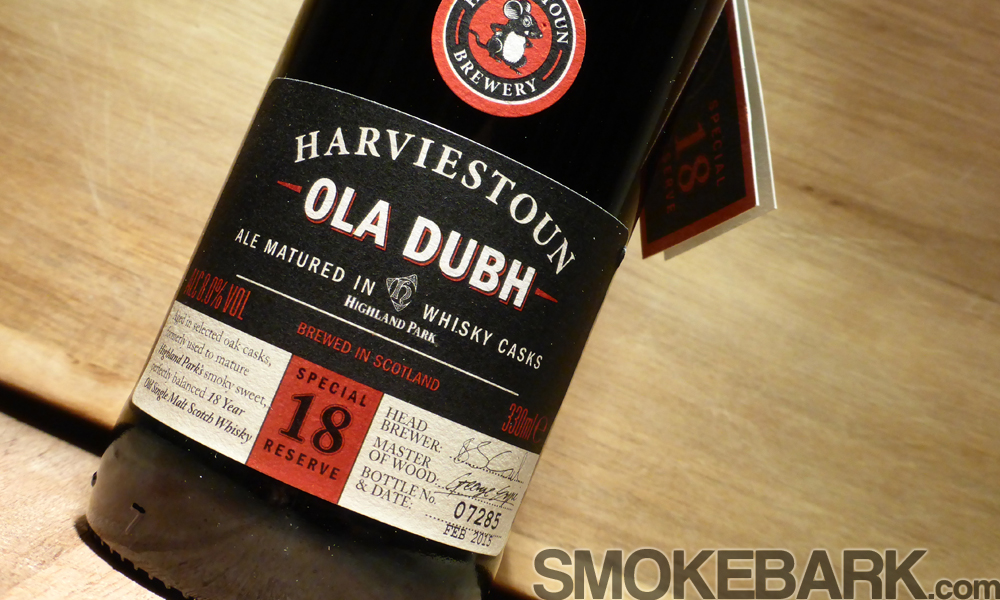 They also do an Ola Dubh 21: Old Engine Oil aged in 21-year old Highland Park whisky casks, which must be a mind-altering experience. It is a limited run, with only 21,500 bottles produced.
For those who'd prefer the original non-matured Old Engine Oil Black Ale, or perhaps even an interesting zesty Golden Ale they do those too! 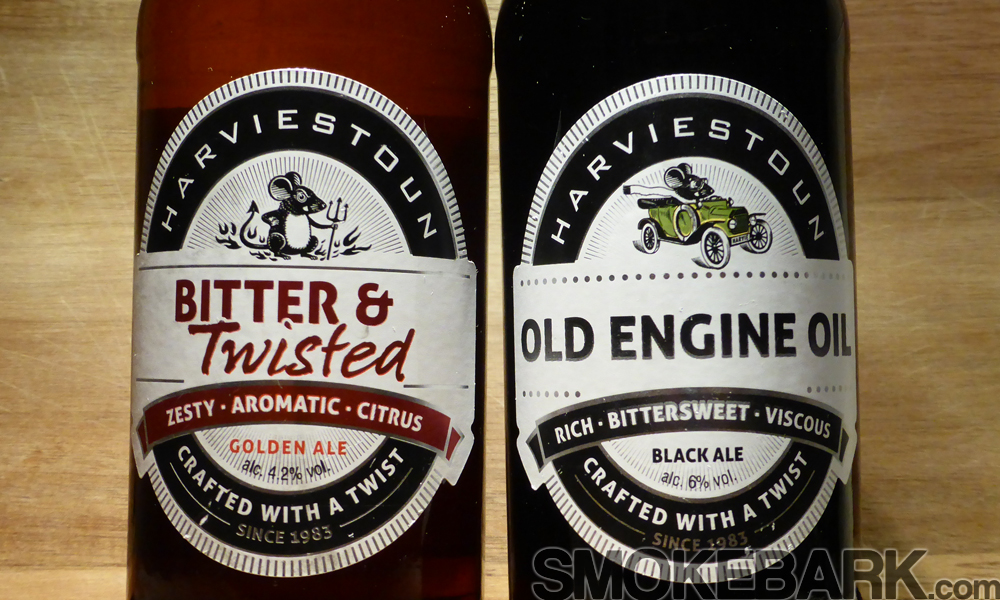 So if you think you can out-Connery the most mature, smooth, dark and mysterious thing to come out of anywhere ever then give it a go. It'll be well worth the while and your mates will have no choice but respect you munching your way through a glass of pure class.