£255 will buy you a pint, every week for an entire year. It’ll also buy you a romantic short break to Paris. Heston's Fat Duck wants your money, but is it's offering still worthwhile and relevant?

So with the return of Heston Blumenthal’s Fat Duck setting its menu price at £255 many are wondering if it’s worth the outlay for dinner, especially as you’d be asking your guests to stump up the same… and that’s before the wine menu arrives.

Restaurants are a great way to judge the state of the city, with the influx of low-n-slow cheap cut champions serving brisket and pulled pork on every corner, and more Bib Gourmand awards given out by the Michelin Guide, you’d be forgiven in thinking that Britain is travelling towards an economical restaurant scene. But with so many top level restaurants opened this year it’s clear that there’s innovation and growing interest for every level of diner.

So Heston’s chosen his market, and it’s the very top foodie who has cash to burn. I don’t doubt there will be those who save up for months and book into his new restaurant but I believe his main income will be from those who don’t need to check the bill total. It’s certainly brave, with more foodie blogs and reporters focusing on quality for the masses more than ever, their PR gurus have a job on their hands convincing the general public. 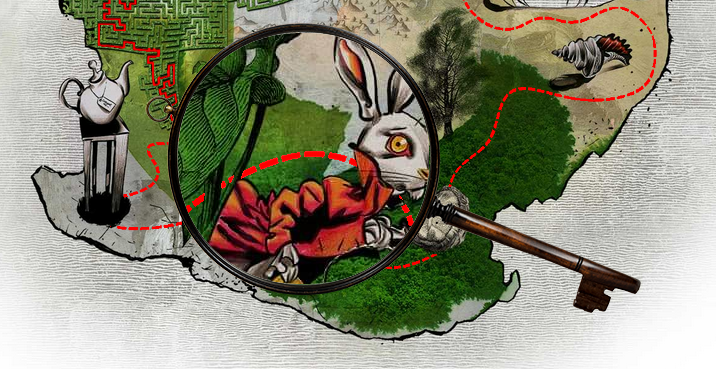 Main on their plan however is the type of food set for the menu, and it’s certainly something we’re interested to hear about as not only do you get a great adventure with superb food, but also dive into the literal world of Heston's Alice in Wonderland brain. Only time will tell if it’s a gimmick too far or if it’s a concept which can thrive in today’s tough market.
I’ve been a fan of Heston Blumenthal since his appearance on TV with his gastronomic fancies, and he is undoubtedly a master of what he does. I fear however that what he does, has been done, and the Alice in Wonderland theme might not be quite enough to make that special meal worthwhile.

So would I book in to Heston’s new venture? Probably not. There is such a wealth of fantastic restaurants in the UK now, Mr Blumenthal may find his idea is great but not really needed. With wine and tips taking it to over £600 for 2 people, I’d rather visit a few different interesting places with my wife, than sit feeling pained at £50 per mouthful.
Life is after-all more about who you spend it with, than what you spend it on; something the Fat Duck may have forgotten upon its return from Australia. I will wait with interest for the first reviews to appear.

Are you booking into The Fat Duck? Tweet me here.