World-class chefs and Masterchef judges Monica Galetti and Marcus Wareing will be appearing at Taste of London: The Festive Edition. On Friday 18th November, you’ll have the opportunity to quiz culinary maestro Marcus Wareing as he takes part in a live Q&A session at the AEG Taste Theatre, whilst Monica Galetti will be wrapping up the festival on Sunday 20th November in a live cookery demonstration that’s sure to inspire. 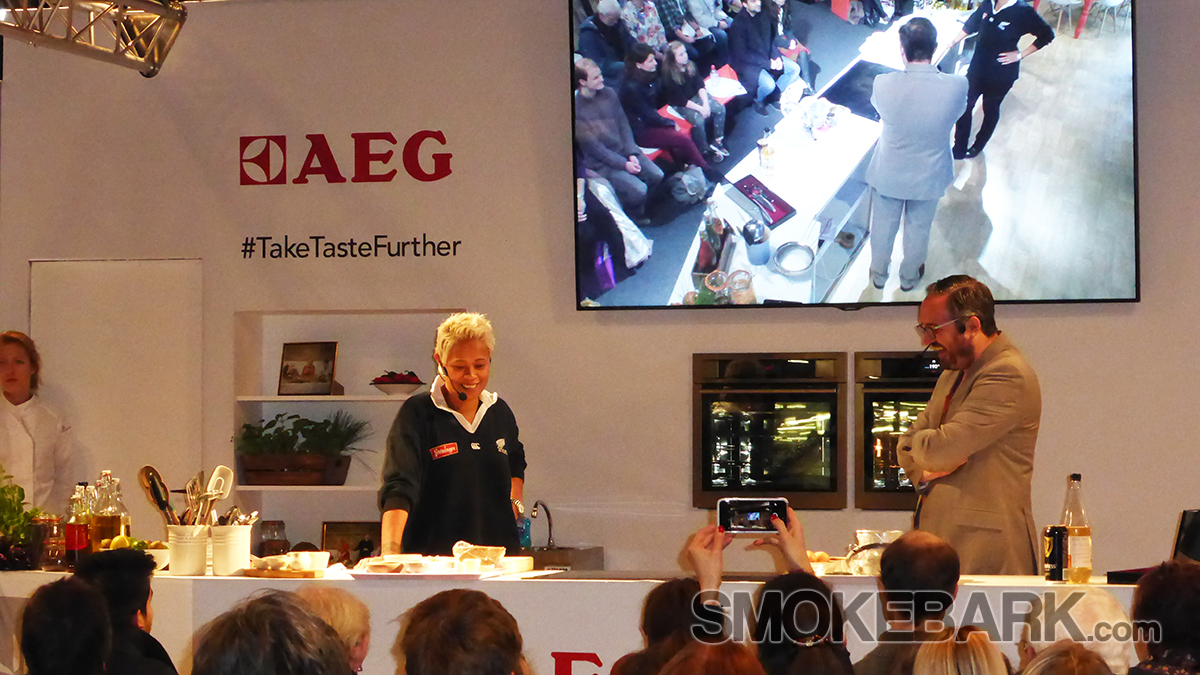 Super lovely Monica Galetti is a Samoan-born New Zealand chef. She was, until March 2015, the senior sous-chef at Le Gavroche in London, where she had worked since 1999. She is one of the presenters of MasterChef: The Professionals as well as other food-related television programmes.

Ever friendly Marcus Wareing is an English celebrity chef who is currently Chef Patron of the two-Michelin-starred restaurant Marcus, (formerly Marcus Wareing at the Berkeley) in Knightsbridge. As a restaurateur he also runs The Gilbert Scott at the St. Pancras Renaissance Hotel, and his casual West End restaurant, Tredwell's, in Seven Dials.

There's an exciting list so far, check them out!

Ben Murphy is one of the most currently talked about young British Chefs, having scooped three prestigious awards this year alone, most recently winning breakthrough chef of the year at The Food and Travel Magazine awards.

Chantelle Nicholson is one of the UK’s leading female names in the hospitality industry. Her impressive ascent on the culinary career ladder and incredible achievements set her apart as a remarkable talent in an industry traditionally associated with men and as such, makes her a source of inspiration to women across the UK.

Celebrated chef, restaurateur and food writer Mark Hix is known for his original take on British gastronomy.
In February 2016, Mark partnered with Damien Hirst to open Pharmacy 2 at Newport Street Gallery in Vauxhall. Outside of London, in Mark’s native Dorset is HIX Oyster & Fish House and HIX Townhouse, a boutique hotel, both in Lyme Regis.

Tom Aikens is one of the UK's most acclaimed chefs, who at 26, became the youngest British chef ever to be awarded two Michelin stars. His remarkable career has taken him to David Cavalier's in Battersea, Pierre Koffman's La Tante Clare, Pied-a-Terre and Joel Robuchon in Paris to name a few.

One of the UK's most recognised and loved chefs, we are extremely excited to have Tom Kerridge - the chef patron of the extraordinary two Michelin-starred Hand & Flowers pub in Marlow - joining us at Taste of London: The Festive Edition.
In 2014, Tom has took on hosting BBC2’s flagship cookery show Food and Drink. Tom cooked alongside other TV heavyweight chefs, championing seasonable produce and creating dishes accessible to everyone at home every Friday night on BBC2. Prior to having his own show, Tom appeared on shows such as Market Kitchen, MasterChef the Professionals, Saturday Kitchen and has competed and won the main course twice on BBC2’s Great British Menu. No-one else has ever won twice!

A recent ‘BBC Food Personality of the Year’, Bombay-born Parsee chef Cyrus Todiwala has been called all manner of good things, but the Chef Patron of Cafe Spice Namaste, Mr Todiwala's Kitchen, Assado by Cyrus Todiwala, The Park Café in Victoria Park East and the River Restaurant at the Acron Waterfront Resort in Goa still has his feet very much on the ground, combining flavours, spices and ingredients in ways no other Indian chef has done before.

Chef trained at the internationally recognised Culinary Institute of America in New York, Sandia Chang has since held positions in respected restaurants such as Roganic, where she was the Assistant Manager and Wine Buyer; and at Marcus Wareing at the Berkeley, where she held the position of Assistant Manager.

Having completed his apprenticeship at the Sheraton, Hyatt Regency and Lord Forrest hotels in Perth, Australian chef Scott Hallsworth began his culinary career proper in 1996 as Chef de Partie at Perth’s No.44 King St Brasserie, before being taken on in the equivalent role at Australia’s Hayman Island Resort. It is here that Scott’s love affair with Asian, and specifically Japanese, cuisine and culture really began when he was asked to promote the Hayman Resorts in Singapore and Taiwan.