Mumm have launched a new bottle at the Monaco F1 GP on a yacht, with Mark Ronson, combing the physical and digital world, it'll certainly get you noticed!

The moment the cork is popped an RFID antenna links to a receiver in the venue’s audio and visual system triggering a pre-programmed sound and visual experience that can be personalised by each venue.

On the eve of the 2015 Monaco Grand Prix, Maison Mumm hosted a private event with international musician, Mark Ronson, to launch the world’s first digitally connected champagne bottle. The VIP launch took place on-board Mumm’s private yacht in Monte Carlo, a setting chosen as a celebration of Mumm’s long-standing partnership with Formula One®. The connected Magnum is an innovation designed to enhance the celebration experience. The launch is inspired by the thrill and emotion of the world’s most recognised moment of celebration, the Formula One® podium moment, which Mumm has been at the heart of this since 2000. 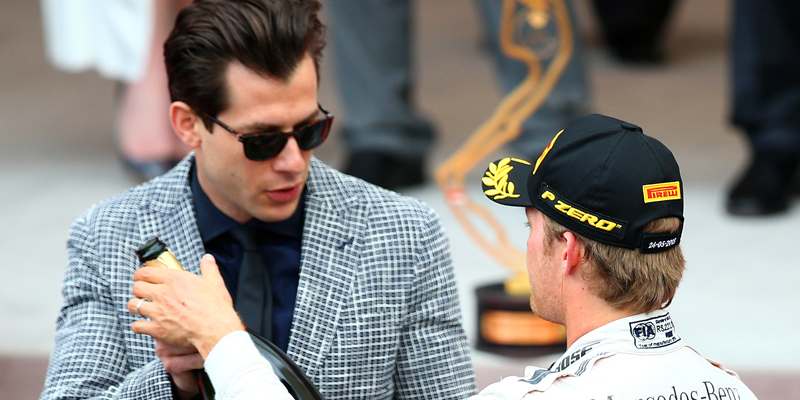 The moment the cork is popped from this connected Magnum a sensor links to a receiver in the venue’s audio and visual system triggering an interactive sound and visual experience that can be personalised by each prestigious nightclub that will host this offering. Alongside Mark Ronson, the exclusive launch event was attended by guests including elite models and socialites Cara Delevingne and Poppy Delevingne, former racing driver and Grand Prix owner Eddie Jordan, and international club owner Jean-Roch. There was also an exclusive performance by Singtank, the French band duo of Ronson’s wife Josephine de la Baume and her brother Alexandre de la Baume. 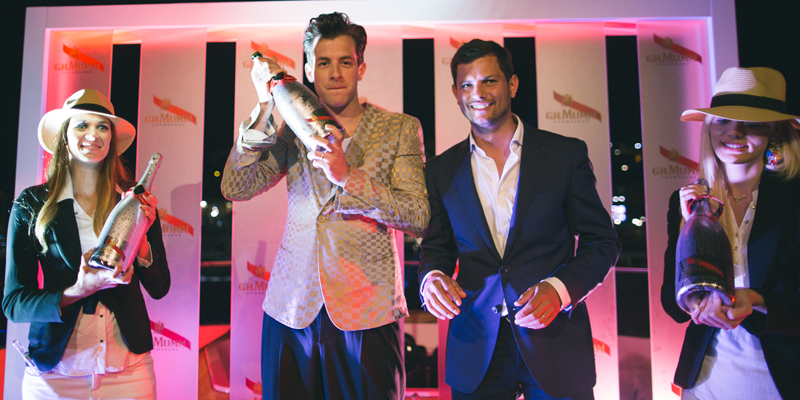 Maison Mumm has a rich history of innovation both in the creation of its first class champagne and by partnering with pioneers that dare to push the limits in the quest for excellence and victory. Mark Ronson is an internationally acclaimed artist who continues to shape the future of the music industry and the night life experience of millions, and Mumm is proud to call him a friend of the house. Celebrating this friendship with the launch event, Ronson was also invited to share in the world’s most iconic moment of victory and present the winning Mumm Jeroboam to Nico Rosberg on the 2015 Monaco Grand Prix podium.

Mark Ronson spoke about the experience:

“Launching the world’s first connected champagne bottle with Mumm and handing the Jeroboam to Rosberg at the Monaco Grand Prix was an incredible experience, and one I feel privileged to have been a part of. Mumm’s ambition to bring innovative firsts to the world is inspiring and popping the cork of the Magnum of Mumm was a great moment of celebration."

“The launch of this ground-breaking initiative with Mark Ronson propels Mumm’s ongoing mission to be an icon of victory, to bring innovative firsts to the world, and ultimately to create truly thrilling experiences that enhance the moment of the Champagne celebration.”

Real home made bread, as it turns ...